Under the Students-Undergraduate Research Graduate Excellence (SURGE) program, students from IITK and other participating institutions undertake short duration, but focused research projects and push their intellectual abilities beyond those driven by the classroom.
The duration of the program is approximately 08 weeks and the starting date of SURGE program is 13th May, 2020 and last date 10th July, 2020.
Students working under "Funding from SURGE (Institute Funded category)" only at IITK receive a stipend of Rs 12,500/- for 08 weeks duration. An award plus a commendation certificate is given to those SURGE students who produce exceptional quality research during the period.

Under this program category, a small number of selected undergraduate students from top engineering colleges from all over India are given an opportunity to explore research and to experience the academic atmosphere of IIT Kanpur.

For IITK at IIT Kanpur

In this program, IITK students are given an opportunity to work with a chosen mentor at IITK. In order to complete the application, it is necessary for the student to identify a professor who agrees to be his/her mentor during the summer period. 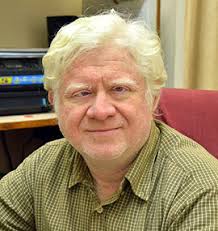 Abstract: Human computer interfaces have become necessary because users Are faced with the severe limitations of the keyboard and mouse to communicate with a computing device. The main problem with these conventional devices is their speed of communication (bandwidth) and also the constrained modalities that they are capable of, which fail to exploit the much higher bandwidth signals that a human can produce. More recent interfaces include touch and speech. Title: "Manufacturing: Why does it matter"

Abstract: This talk will explore the role of manufacturing in society, and address why it is important in the Indian context. I will motivate how manufacturing is a value multiplier, and discuss its central role in the process of industrializing nations and making them more prosperous. I will discuss the share and growth of employment in knowledge-intensive manufacturing industries. I will offer some perspectives on the potential for manufacturing to play a transformative role for India to reap the benefits of a demographic dividend. Abstract: Network Architecture is the complete framework of an organization's computer network providing a full picture of the established network with detailed view of all the resources accessible. The current talk will focus on IITK Campus Network. This network now has more than 20000 nodes providing connectivity to more than 8000 users in Academic Departments, Student Hostels and Residences.

Title: "Discovery of Gravitational Waves : Another feather in Einstein's cap"

Abstract: Einstein gave his theory of General Relativity in the year 1915, which completely changed our perception of (Newtonian) gravity. This theory has survived all the tests ever since and the recent direct detection of gravitational waves is just another jewel in the crown of Einstein's General Theory of Relativity. But, unlike other tests of General Theory of Relativity, direct detection of gravitational waves has opened up a new window of astronomy, a new eye through which we can look at the cosmos around us. I will discuss in this talk what we mean by gravitational waves, how we detect them and what we learn about our universe by detecting them.

Abstract: We always thought that Science and Engineering are not for visually impaired due to its high involvement with Mathematics, Graphics and Laboratory. This talk will help you in changing your perception and will aware you with the various tools and techniques for accessing STEM (Science, Technology, Engineering and Mathematics) content with the help of the screen readers (Text to Speech software). Abstract: Anthropologists and psychologists have combined to identity a central aspect of behavior that strongly predicts worldly success - the ability to delay gratification. I will then show you how to mathematically model and measure this trait in behavior, and briefly review some computational models that try to explain how and why people are able to delay gratification in some cases, and not in others. Included in this set will be a model that I am currently working on that claims that individual differences in the ability to delay gratification stem primarily from observers' prior environmental experiences.